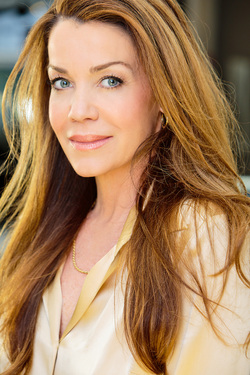 Claudia is an award-winning performer who has been acting professionally since she was 18. With more than 120 credits, her diverse body of work appears in both television and film.

She has recorded five albums, was the voice of Helga Sinclair in Disney’s animated movie, Atlantis, the star of the audio book series Anne Manx, and she was the voice of Jaguar cars as well as character voices in the video games Guild Wars and SkyRim.

Claudia has written several books, both fiction and non-fiction—including her 2012 memoir Babylon Confidential in which she chronicles her decade-long battle with alcoholism.


She continues to work in film and television, recently appearing in Grimm, Criminal Minds, Mentalist, Castle and more, but she is focused on promoting The Sinclair Method, the most successful long-term treatment for alcoholism in the world. Claudia is an advocate for the treatment and in 2013 launched The C Three Foundation to raise awareness about the method. In 2014 she produced the award winning documentary "One Little Pill” which is based on her journey on The Sinclair Method and follows people who she has put on it in addition to explaining the science behind this life saving treatment. 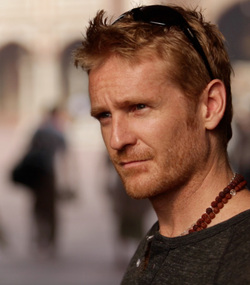 Adam is the president of i2i Productions and is known for going to extreme places and lengths to follow amazing stories. He bring insights into our selves and awareness to important issues. 2014 sees the completion of two feature documentary films that Adam directed and produced, ONE LITTLE PILL and THE POLYGON. Building on the success of his theatrically released feature documentary THE HIGHEST PASS (2012), Adam recently went back to the Himalayas, this time for a five part documentary series for television THE FOUR SACRED PEAKS OF FREEDOM, which is in post production. He is also currently developing a feature documentary that follows the emerging media markets in Africa and the educational impact it can have for diseases like HIV as well as developing several documentary series for television. A Graduate of Cornell University and now located in Santa Monica California, Adam's intention is to Unite Through Wisdom and Entertainment.

Barry Rubinow is a highly acclaimed film and television editor, having won an Emmy award for editing the children's science show, “Beakman's World.”  His main body of work is in documentaries, and his most recent credits are “One Little Pill,” about a groundbreaking treatment for alcohol abuse, and “Lords of BSV”, a gritty documentary feature about Brooklyn street dancers.  He has also directed the feature film, “The Set Effect,” a multiple award winner at film festivals.

Rubinow was a founding member and Senior VP Creative Services of the Documentary Channel, which was in 26 million homes on Dish Network and Directv for over 8 years.  He was in charge of all on air promos and original productions, including producing DOC's flagship original show, “Doctalk.”

He has been married to his wife, Carey, for 30 years and has two sons, Brian and Jordan.  He enjoys golf, bike riding and photography in his free time. 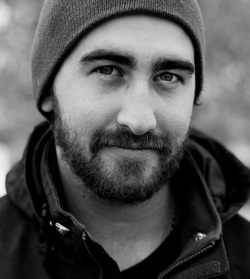 Known for his ability to capture in moving image the subtleties of the human emotional spectrum.  His  cinematic style lends itself to a more commercial appeal, with smooth, flowing motion and finely tuned composition while his experience in the documentary world make for a perfect marriage. His understanding of technical know how and storytelling ability as an editor make him well versed in the art of cinema. It has been his dream since he first started making films as a young adult to use the far reaching world of film to help effect global change. 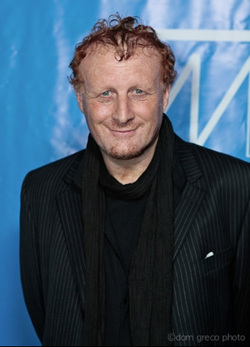 Award-winning feature film composer Michael R. Mollura has worked on over 20 projects including an original score for the award-winning HBO feature HOT COFFEE directed by Susan Saladoff. Mollura also composed original scores for award winning films such as RECONCILIATION, THE HIGHEST PASS and CLIMATE REFUGEES  which was accepted into the 2010 Sundance Film Festival in the Spotlight screening room. Mollura won entertainment industry nominations for BEST SCORE FOR AN INDIE and won BEST SONG FOR AN INDIE. Mollura worked on music with Jon Anderson of the legendary supergroup Yes. In 2013 Mollura composed feature scores for AWAKE - a feature on the life of Yogananda, HOW I GOT OVER directed by Nicole Boxer and contributed music to the film PLAYGROUND OF THE RISING SUN. Now in 2014, is proud to add his score for the documentary ONE LITTLE PILL to his filmography. He is also currently working on a score for the feature film drama titled CLARITY.